Probably Picasso’s most famous work, Guernica is certainly his most powerful political statement, painted as an immediate reaction to the Nazi’s devastating casual bombing practice on the Basque town of Guernica during the Spanish Civil War.

Guernica shows the tragedies of war and the suffering it inflicts upon individuals, particularly innocent civilians. This work has gained a monumental status, becoming a perpetual reminder of the tragedies of war, an anti-war symbol, and an embodiment of peace. On completion Guernica was displayed around the world in a brief tour, becoming famous and widely acclaimed. This tour helped bring the Spanish Civil War to the world’s attention. 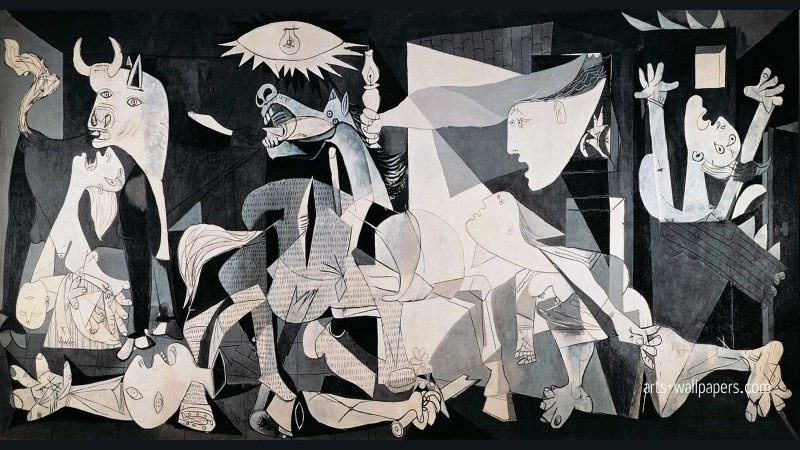 "Peace cannot be kept by force; it can only be achieved by understanding." Albert Einstein